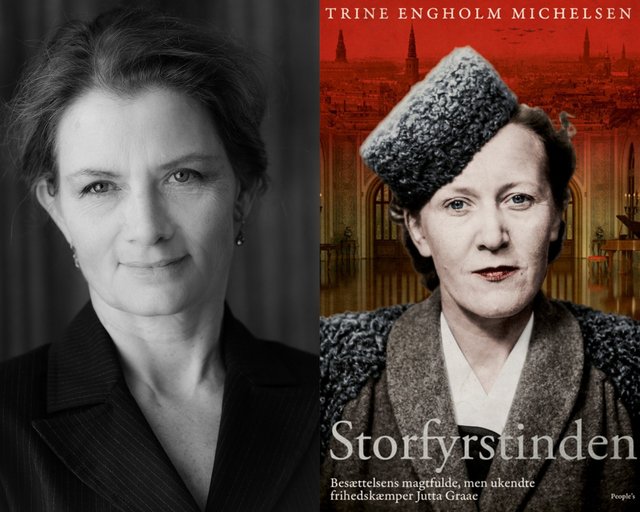 The story of the unknown and powerful resistance woman Jutta Graae.

One of the first and greatest resistance-men was a woman. Jutta Graae is practically anonymous in Denmark’s resistance and intelligence history, because she complied with her duty of confidentiality: “She knew the most, but was silent about all.”

Jutta Graae, an important woman in the Danish resistance movement, worked with the Allies, operating under three code-names: in Denmark she was Storfyrstinden (The Grand Duchess), in England Haddock, and in Sweden Den Röda Neljika (The Red Carnation). How did she do it? Where and how did she play her role and change the course of history?

Trine Engholm Michelsen digs through forgotten and formerly unknown archival materials to sketch the portrait of one of the greatest heroines of the Danish resistance. It recounts the six dramatic years from 1939 to 1945 from Haddock’s point of view.

Trine Engholm Michelsen, b. 1965, is a lecturer at the Royal Danish Defense College, Institute for Military History, Cultural Understanding and War Theory. She holds a PhD in international politics from the University of Copenhagen and a doctorate in political philosophy from Université Libre de Bruxelles.