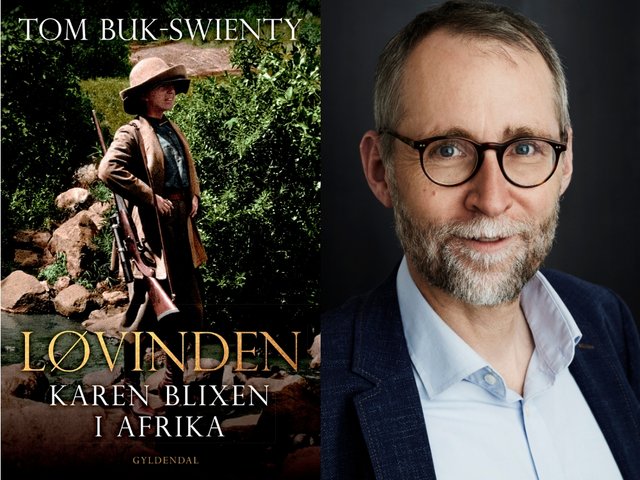 In Africa, they called her ‘The Lioness’. She arrived in January 1914 with big dreams of a new, free and exciting life, but left this huge continent almost destitute in 1931. Capturing Blixen’s spellbinding style and great talents as a storyteller, and making use of previously secret and extensive correspondence, which makes it possible to paint a new and revealing portrait of the ‘Lioness’, Tom Buk-Swienty provides a gripping account of Blixen’s life in Kenya; marked as it was by economic hardship, magnificent safaris, crop failure, world war, recession, divorce, passionate love and boundless enthrallment with the country and its native population - and then the loss of everything. The farm went bankrupt and Denys Finch Hatton was killed in a plane crash. Blixen was deeply distraught and attempted suicide, but almost miraculously began at that very moment to write in earnest. Back in Denmark she eventually won worldwide fame as the ‘story-teller’.

Tom Buk-Swienty, (b. 1966), author, journalist and assistant professor of history at the University of Southern Denmark. Buk-Swienty is well known for his award-winning and bestselling documentary stories about the 1864 war: The Dybbøl Slaughter Bench (2008) and Doomsday - Als (2010). Subsequently, Buk-Swienty published highly acclaimed books about Karen Blixen’s father, Wilhelm: Captain Dinesen - Fire And Blood (2013) and Captain Dinesen – Till Death Us Do Part (2014). In 2016, he continued the Dinesen family story with Tommy and Tanne (2016), and is now a major literary talking point again with his biography of Karen Blixen and her time in Africa: The Lioness (2019)