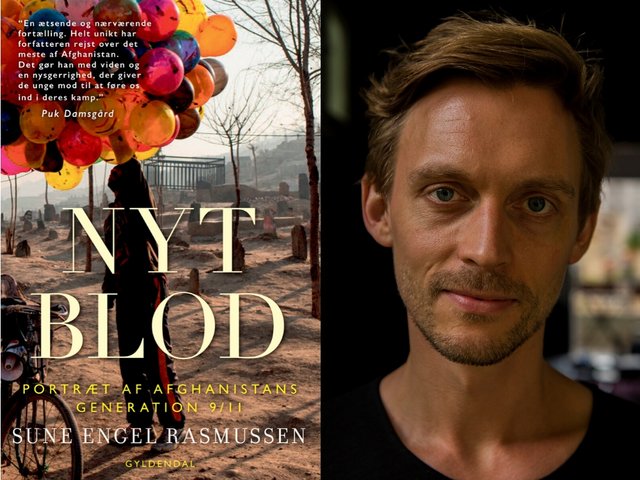 Since 2001, Sune Engel Rasmussen has spent more time in Afghanistan than any other Danish journalist. New Blood is based on his news reports over a three year period when he lived permanently in the country. It’s the story of Afghans who have grown up in a world shaped, for good or ill, by the response to the 9/11 terrorist attacks on the US. We meet Taliban fighters, gays, the sons of the wealthy and a new generation of women. Their lives are not defined by their time under the brief Taliban regime, but by the war launched to overthrow that regime. The western presence has given some Afghans opportunities that were unimaginable 15 years ago. Others have been marginalized, to such a degree that they are willing to slaughter their fellow country men and women. And then there are all those in between, each day trying to navigate their lives through Afghan society and find a way to fit in. The big question about the war in Afghanistan in recent years is: “was it worth it?”. If there is actually an answer to that question, it can only be found in that generation whose task it will be to build an Afghanistan to which all can belong.

Sune Engel Rasmussen (b. 1984) holds a degree in journalism from Columbia University. New York. He left Denmark in 2010 and first lived in Iran under President Mahmoud Ahmadinejad’s conservative government. He then moved to Afghanistan in 2014 where, for the next three years, he lived in Kabul as one of the very few foreign journalists permanently based there. In Afghanistan, he was a correspondent for the UK’s Guardian newspaper and wrote regularly for international magazines such as the Economist, GQ, Harper’s, The Atlantic, National Geographic and Foreign Policy. He was also for many years a regular feature writer for Denmark’s Weekendavisen newspaper and Middle East correspondent for Wall Street Journal, when based in Beirut.