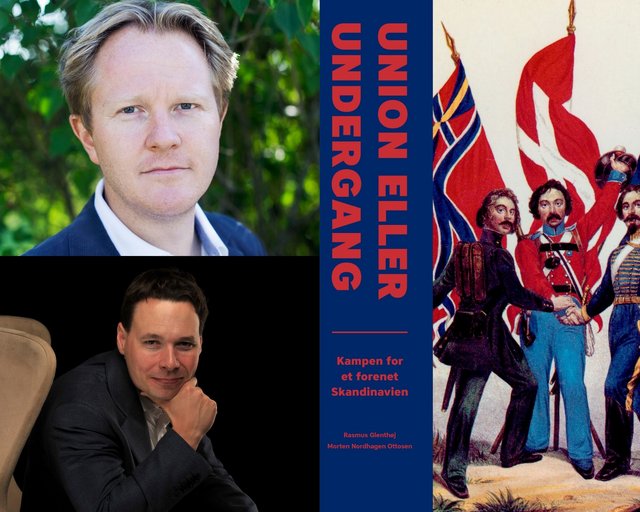 According to the 1800s mindset,  Europe would naturally come to comprise fewer but larger states—as it happened in Italy and Germany—after numerous small states were consolidated through war. Consequently, small nations had to either unite or perish.

The fear of dissolution induced prominent politicians and royals to attempt to unite Sweden, Norway and Denmark. Despite concrete draft-constitutions, a united Scandinavia was never realised. This has led historians to write off the plot as unrealistic fantasy, viewing the three Scandinavian nation states as the end of the story.

Unite or Perish tells an entirely different story, revealing serious plans for a coup, war, the abduction of the Danish royal family, revolution and the installation of Swedish and Norwegian royals on the Danish throne.

Morten Nordhagen Ottosen, born 1981, is a lecturer in history and strategy at the Norwegian Military Academy in Oslo. He also co-authored 1814: Krig, nederlag, frihed (1814: War, defeat, freedom, 2014) with Rasmus Glenthøj.