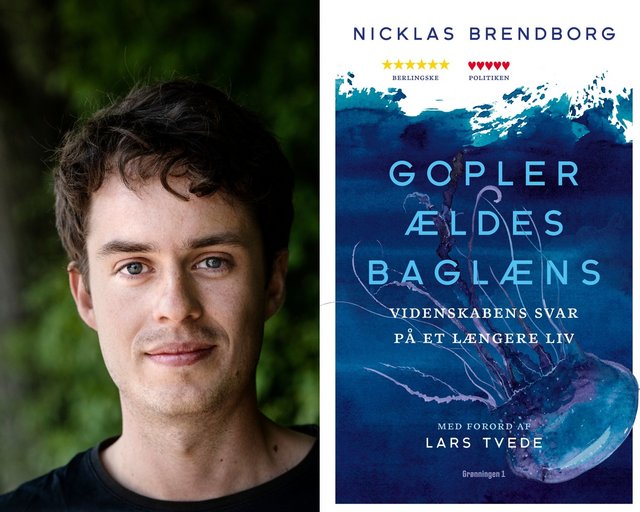 In the past, humanity’s hunger for a longer life was dominated by fairytales, alchemy and quackery, but now science is at the forefront of the venture. For the first time ever, we are about to crack the code of aging and answer the age-old question: How do I live a long and healthy life?

Armed with a broad historical and scientific perspective, the young researcher Niklas Brendborg tells the incredible story of science’s hunt for the elixir of life and points out what you can do to live a longer life yourself.

The journey traverse the globe from the remotest corners to the most high-tech laboratories and everywhere in between. Along the way we meet jellyfish that age backwards, zombie-cells, and the world’s oldest human beings as we learn about the most spectacular experiments in modern research.

In 2014 Nicklas Brendborg became Denmark’s number one super student. He published his first book, Top-student, the next year. He studies biotechnology at the University of Copenhagen, and has been named a young research-talent by the Novo Nordisk International Talent Program.

Ageless Jellyfish has garnered praise for presenting heavy, scientific information in an easy-to-understand and entertaining way.