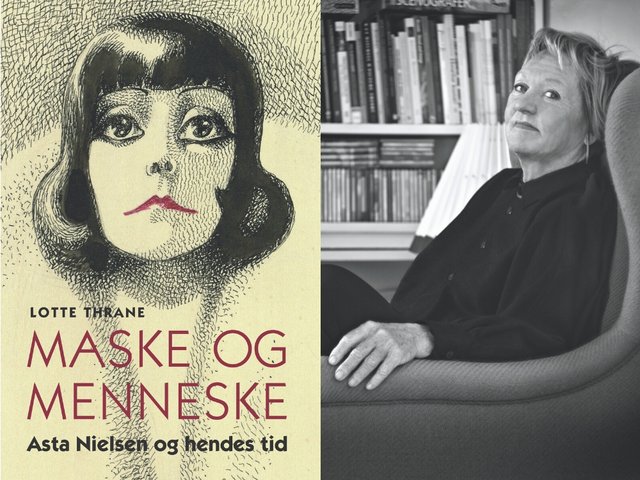 Asta Nielsen - The Mask and the Person

This book about silent movies star, performer, painter, writer and mythologist, Asta Nielsen (1881-1972), sheds new light on this world famous Danish ‘leading lady’ and her times - the prewar 1910s in Austria-Hungary; anarchist circles associated with early expressionism in Berlin; the Weimar Republic’s avant-garde culture with die ‘neue Frau’; the post 1933 period in Germany, when she and her friends formed an exile refuge on the island of Hiddensee; then finally, the post-war period and 1950s Denmark. Asta Nielsen is a significant figure and left her mark in all these places – sometimes as an actual agenda setter. She returned to Denmark in 1937 after publicly criticizing Hitler. In Denmark, she had hopes of continuing her career as an actor and director, but this was not to be. No parts, projects or cinema funding were forthcoming. The term “Deutscher Doll” stuck to her, fuelled as it was by smear campaigns orchestrated by the artist Hans Bendix and others. Asta Nielsen died in 1972 – a long life - and although she portrayed the last 35 years of her life in Denmark as utter oblivion, this is only partly true. She wrote (memoirs, short stories, articles); was socially engaged and did interviews; exhibited her artworks, and married as an 89-year-old, an event that attracted major media attention.

Lotte Thrane (b. 1941) is an author and university researcher, holds mag.art. and Dr. Phil. in Scandinavian literature. The cultural, artistic and biographical, often from a feminist perspective, have run as continuous threads in her writings. She has contributed numerous articles and chapter contributions and has written a number of books.