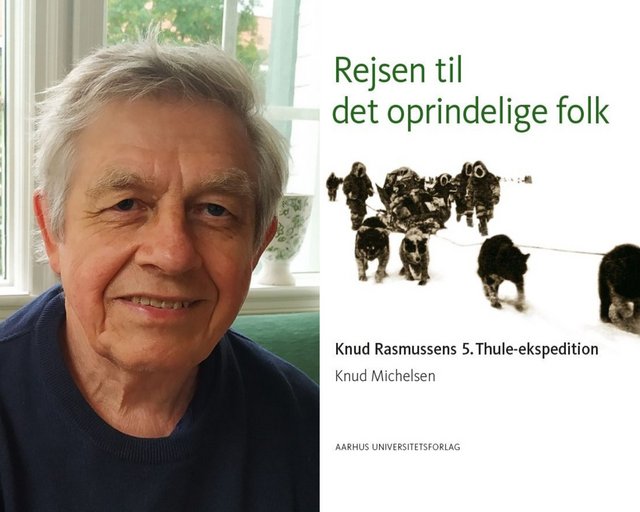 In 1921, Knud Rasmussen, together with his team of Inuit and scientists embarked on the Fifth Thule Expedition, an 18,000 kilometer-long sled journey across Canada to Alaska and the tip of Siberia that ended three years later. He wanted to find “the original people” who, at the dawn of time, had wandered across Canada and settled in Greenland.

None of Rasmussen’s earlier expeditions compare with the Fifth Thule Expedition in terms of duration, distance travelled or scientific results. Along the way, members of the expedition gathered more than 20,000 objects and an extensive collection of folkloric material. Knud Michelsen tells the whole story of the expedition and illuminates it from a heretofore unseen perspective.

Knud Michelsen, b. 1945, MA and senior researcher at the Arctic Institute, has published a number of books since 2011 that, through letters and other sources, illuminate Knud Rasmussen’s life and work. His biography Knud Rasmussen—Ambassador on Dog Sled was published by the Federation of Danish Associations in Canada in 2021.