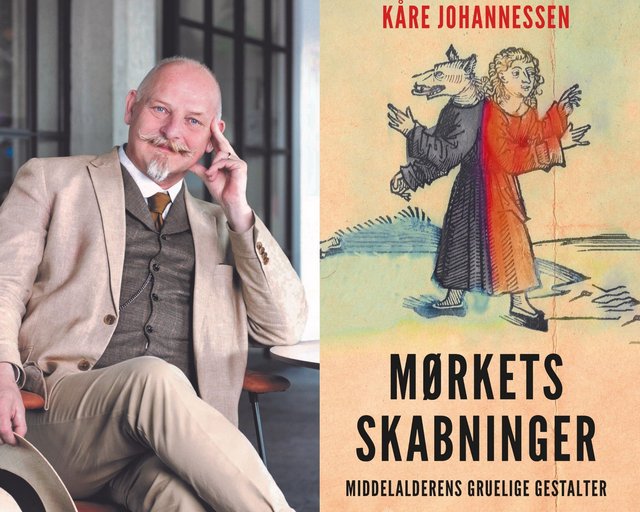 Creatures of the Dark - Ghostly Monsters of the Medieval World

The Medieval age was packed with all sorts of strange and scary creatures. One of the reasons was the fact that the low level of general knowledge among most people generated a wish to explain the inexplicable, when the world became a frightening, threatening or dangerous place to be. All these nameless horrors needed a physical form to become more acceptable. Indeed, if you can put a name onto your threat, it automatically becomes less scary.

Kåre Johannessen has studied the dark and obscure figments of the imagination that existed in the minds of people during Medieval period and he claims that we can be taught an important lesson: The monsters reflects our greatest fears. They pinpoint what terrifies us the most and they thus reveal what really is the most important issues in our life.

Kåre Johannessen, b. 1964, MA in History and Medieval Archaeology. Since 2015 he has been promoting history, acting as television producer, as host and member of expert boards at several Danish National television productions. Lately, he has written two books on the Medieval period for at Danish audience about Power and People (2020) and Lust and Passion (2021).