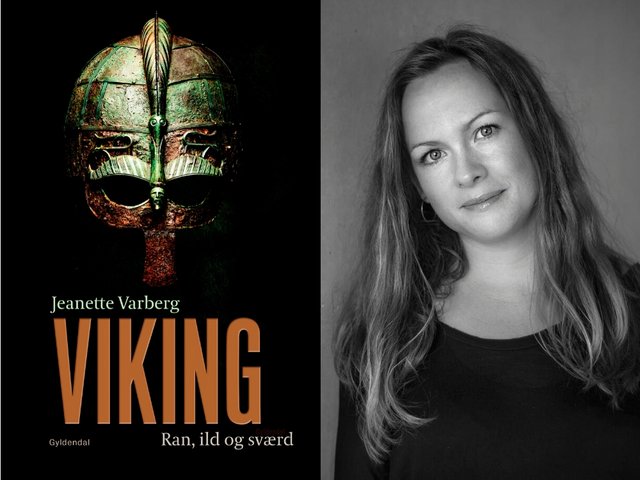 Viking is Jeanette Varberg’s large-scale retelling of the age of the Vikings and, rather unusually for a broad-based work on the Vikings, she places Viking raids centre stage and portrays those Vikings who left an indelible mark on contemporary Europe and beyond. From Ireland to Russia, from Greenland to the Mediterranean, the Vikings leap out from archaeology and written sources. These pirate-warriors from the North set sail in a hunt for gold, glory and ultimately land. Looting, battlefields and power struggles, political power games, backstabbing and land grabbing are all facets of the vast Viking drama that played out in Scandinavia and Europe. The same period saw the rise of a unified kingdom, as great kings seized total power and founded the Denmark we know today

Jeanette Varberg (b. 1978) is an archaeologist and museum curator at the National Museum Of Denmark in Copenhagen, where she is responsible for the Bronze Age and Viking Age. She has written a wide range of expert articles and popular science books for children and adults. She has also won several prizes for her reportage, including the 2014 DR Rosenkjær Prize and the 2015 Blixen Prize for best nonfiction book.