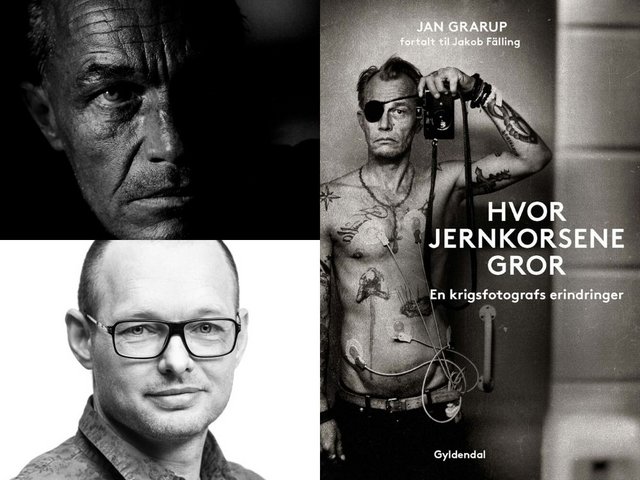 Where the Iron Crosses Grow

Jan Grarup has travelled the world’s warzones and disaster areas for thirty years, documenting the destruction he witnessed there, as well as its consequences for the people involved. In Where the Iron Crosses Grow – Memoirs of a War Photographer, Grarup writes unvarnished reports from locations such as Rwanda, Afghanistan, Iraq, Haiti, Somalia, Sudan and the Balkans. His work makes for appalling, yet compelling reading; it has opened the world’s eyes to brutal conflicts and attracted a plethora of national and international prizes, making Grarup one of the best photographers in the world. In this book however, the author also discusses the difficult personal consequences of a life spent in the line of fire: alcohol and drug abuse, divorce, posttraumatic stress and encounters that refuse to let go of your consciousness. The book features unique illustrations: a selection of Jan Grarup’s most iconic photographs, as well as a number of private and documentary images from his travels.

Jan Grarup (b. 1968) is a world-renowned war photographer. His work has been acknowledged with a wealth of national and international prizes, including two nominations from the W. Eugene Smith Foundation for empathetic photography, 8 World Press Photography Awards and a special Leica Oskar Barnack Award,

Jakob Fälling (b. 1972) works as a journalist and editor. Fälling has written texts for several critically acclaimed Gyldendal titles.