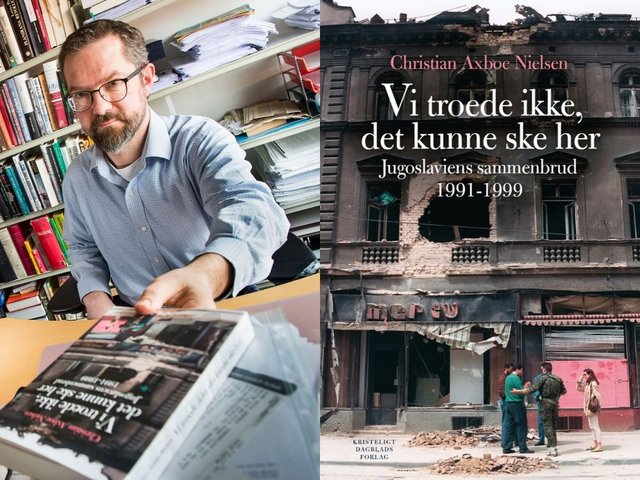 We Didn't Think It Could Happen Here

The world watched in horror when the disintegration of Yugoslavia in 1991 devolved into a bloody regional war. The various ethnic groups of the country’s population had lived together peacefully, but, enraged by military and political leaders, friends and neighbours became enemies. Since the peace talks towards the end of the 1990s a young generation has matured, and Europe’s final war of the 20th century evolved from contemporary politics into an historical event ripe for reflection, interpretation and critical assessment. Wars are often clouded by myth, its legacy often manipulated by opportunistic politicians, and therefore it is exceptionally important to fully understand the unfolding of actual events – as a portent of what can happen when populism and nationalism remains unchecked in society.

Christian Axboe Nielsen recounts the history of the war and the peace that followed, weaving together a narrative of political and military events with eye witness testimony from the International Criminal Tribunal for the former Yugoslavia (ICTY) in The Hague.

Christian Axboe Nielsen (b. 1973) holds a PhD in Eastern European history from Columbia University, New York, and is associate professor in the same field at Aarhus University, Denmark. For a number of years Nielsen has served as an expert witness in a series of legal proceedings in The Hague, as instituted by the UN Tribunal investigating the former Yugoslavia, including the case brought against the Bosnian-Serbian leader Radovan Karadžić.