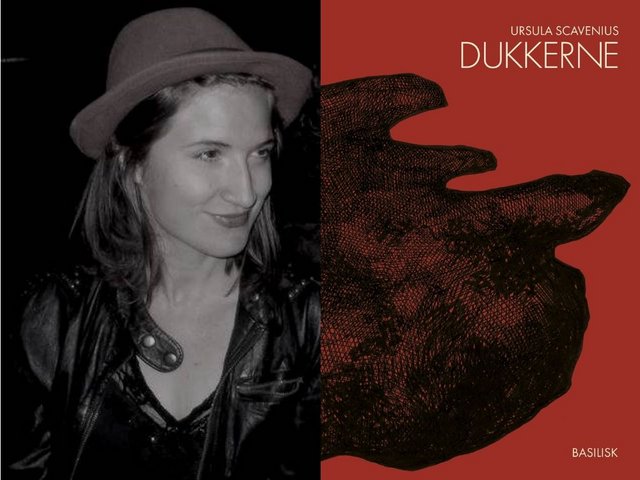 Similar to her debut Fjer (Feathers) published in 2015, Ursula Scavenius‘ Dolls is a collection of enthralling and rebellious stories that observe and depict modern society in an innovative manner. Her stories are inhabited by people plagued by feelings of powerlessness; in exile, traumatized, fleeing for their lives. A girl in a wheelchair feeds her sister in the cellar through a crack in the wall, whilst Neo-fascism rages outside. Three siblings transport their dead mother in a coffin through Europe. Not knowing what she is running from, a woman with amnesia flees for her life. A fire breaks out in a provincial town and a massacre begins, but no one intervenes. The figure of a doll operates on several levels in the book.

Scavenius‘ style has been labelled ’un-Danish‘, ’rebellious’, ’mature’, ’beautiful’ and ’eastern European’ in its refusal to explain itself; instead, her writing delivers an atmosphere with razorsharp attention to detail. Her stories are driven by a personal quest to understand. Best of all, just as you feel beguiled by magic, realism creeps in.

Ursula Scavenius (b. 1981) made her debut with the critically acclaimed book Fjer (Feathers), three novellas that were awarded Denmark’s biggest debutante prize and the Bodil & Jørgen Munch Christiansen’s Cultural stipend in 2015. Fjer was also nominated for the prestigious Danish Montana Prize and the Edvard Pedersen Library Fund Prize. Dolls, published in January 2020, is Scavenius’ second book, and consists of four novellas that were well-received by peers and critics alike. Scavenius has also published fragments for the theatre, including Stemmer i toget (Voices in the train).