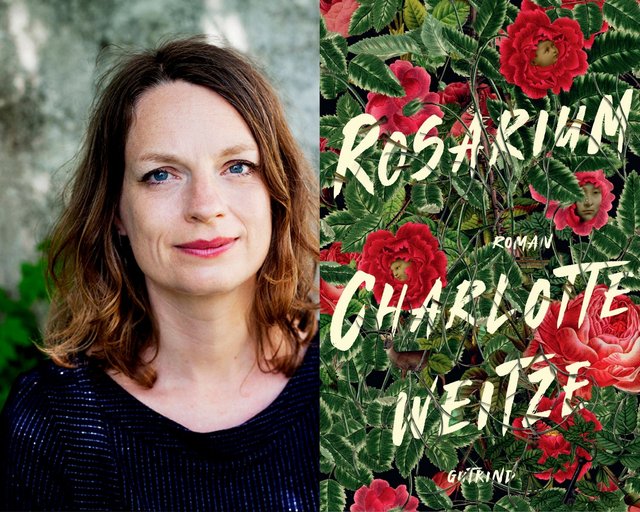 "Rosarium" is a wild-growing, lush and deeply original novel about a young girl who takes root in the forest and a botanist who goes searching for a very unusual rose.

Spanning over three generations and several continents, at times echoing a dark and surreal Brothers Grimm-fairytale, this is a beautiful, riveting story about people, plants and biology. A poetic and disquieting take on the relationship between humans and nature from one of Denmark’s most innovative literary authors.

Charlotte Weitze, born 1974, is a Danish author of fiction, poetry, lyrics and drama. She made her debut with a collection of short stories, titled “Skifting” (“Changeling”) in 1996, for which she was awarded the prestigious Danish Debut Award. Weitze’s authorship has been characterized by her exploration of the liminal spaces between social realism and the otherworldly and her literary style compared by critics to that of authors like Karen Blixen, Kafka and Murakami.