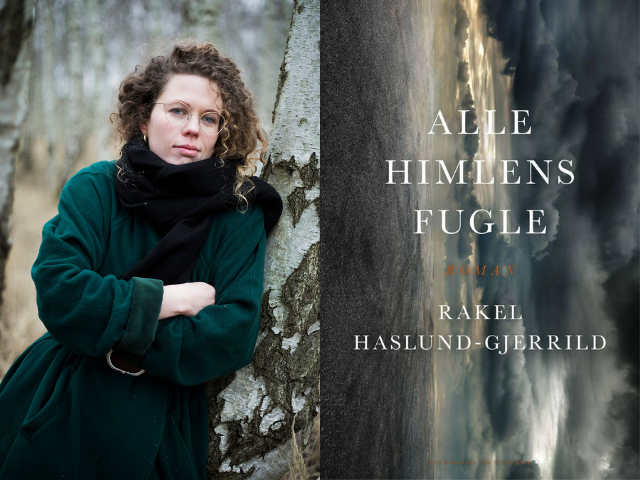 All the Birds in the Sky

Written by a critically acclaimed debut author ALL THE BIRDS IN THE SKY is a dystopian coming-of-age novel about existential loneliness and longing, and a search for language by the last human being on earth.
In Haslund-Gjerrild’s universe the human population of the world has dwindled away. The streets are flooded and rubbish has piled up in mountains. Something happened years ago. And a girl – perhaps the last living girl on earth – decides to leave the only home she knows. The mysterious Um taught the girl how to fend for herself in this devastated world, but Um spoke little of its destruction, and now the girl has lost her. With the birds in the sky as her only companions, the girl packs her wagon and sets off on a journey. But with no one to talk to her words begin to disappear, and without a language to express them, her memories – and her entire world – are slipping through her fingers.

Rakel Haslund-Gjerrild (born 1988) made her debut in 2016 with the short story collection Øerne [Islands]. She holds a BA and MA in Chinese Studies and Literature, and she translates literature from Chinese into Danish. ALL THE BIRDS IN THE SKY is her fictional debut, which was published to rave reviews on the day Denmark went into lockdown.